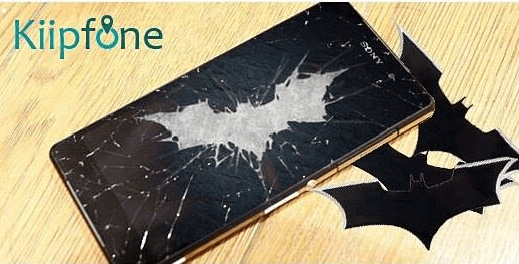 There were several difficulties when we thought about starting up a company. The way we started kiipfone was filled with lots of problems and challenges that, fortunately, we managed to solve properly.

A month ago, I was talking with Joshua and he told me that his friends were having problems with their phones, they were always crashing them and they didn't know where to repair them. By that time, I was thinking how to solve that problem. I was the one who knew how to repair cellphones, since that was not Joshua’s strength, his strength was the business and mine was the technology.

We went to the Gye StartUp Woman event. We had a great time; so many people did like the idea and others wanted the service in that moment. The first problem we had was that we didn’t know exactly how we were going to make money. At the very beginning, we wanted to offer a subscription for our services, but finally we decided for a fee per repair. We then took a name, colors and design the website.

Our second problem appeared when we started looking for technicians, that way we could determine a price for our service. This was a big problem because they all said different prices for different models, and what we needed was a list of prices for all common models. Finally, we selected some technicians based on the brands and for having the lowest prices, and with that information we established the most convenient price for the service.

Display change in the Mega Kiwi of Guayaquil

The highest obstacle was that, when we started kiipfone, nobody wanted to repair their phone with us, but luckily, now we do have people asking for the service. We started talking with our friends about kiipfone; then, using the social media as facebook, twitter and instagram, we promoted our service. Two weeks later, I finished the website and people started calling us, others were asking for the service in social media.

We learned a lot in that process and how to get new clients. Some people said that we wouldn't have nor a little bit of success. Over time, we are getting more and more costumers and receiving calls from people we don't even know from all the parts of the city. At the present time, we are planning to hire 3 technicians for the team and start selling cellphone accessories.

How to calcualte the extruder calibration